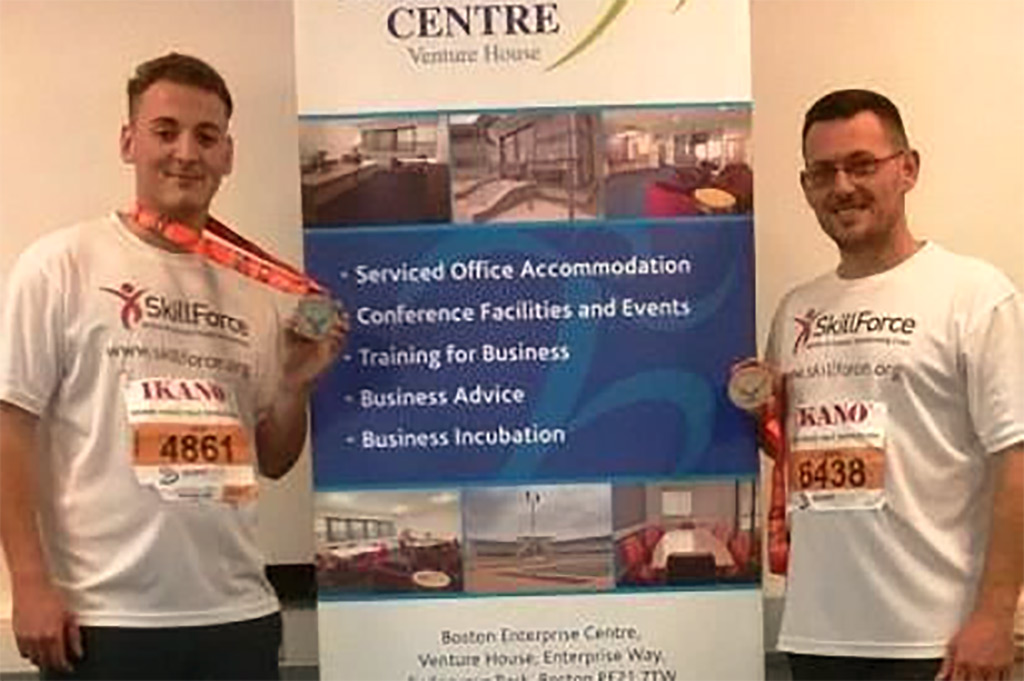 On the 27th September two members of the Woodhead Enterprise team, Jason James, and Jake Hales (of Boston Enterprise Centre) successfully completed the Nottingham Robin Hood Half Marathon in order to raise funds and awareness for Edwinstowe House tenant SkillForce.

Marathon Jason James said; “It was a fantastic event, the crowd were out in force, and we were really lucky with the weather too. There was a great sense of community throughout the day, and to be able to raise money and awareness for SkillForce at the same time was brilliant. A great collaborative effort from all involved!”. Their entry into the marathon was part of the charitable partnership between Robert Woodhead & SkillForce which has seen Robert Woodhead Ltd (and companies within the Woodhead group) take part in fundraising activities for SkillForce, their charity of the year. Combined efforts to date have seen a total of £370.58 raised.